Today St Edmunds Campion Catholic Primary School became the first school in Maidenhead to host a Primary Futures event. It featured a wide range of volunteers including a solicitor, magistrate, helicopter pilot, journalist, district nurse, surveyor and a prop maker who brought with him a large caricature of Donald Trump he had made. 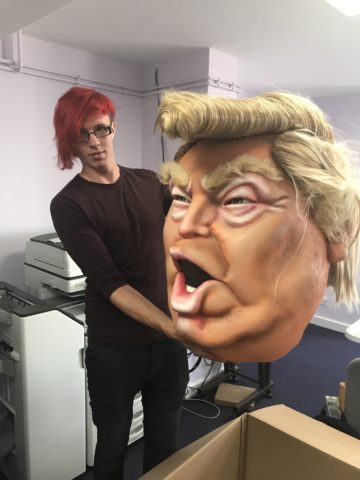 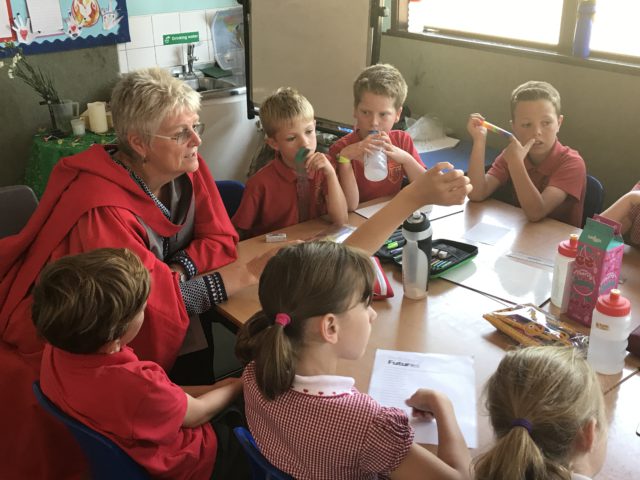 The aim of the event was to raise the aspirations and broaden the horizons of primary aged children as well as helping children make links between the subjects they are studying and their futures. In doing so children are motivated to work harder and improve their educational attainment. This event also served to break gender stereotypes around different job roles as children are exposed to men and women pursuing a wide range of careers.

As well as Inspiring the Future volunteers, there were also parent volunteers taking part, meaning the children could learn from familiar faces as well as new friends to the school. The day kicked off with a ‘What’s My Line?’ event, with five volunteers forming a mystery panel and taking questions from the pupils about their job roles. Using their yes or no answers the children then had a go at guessing the job roles of each volunteer, encouraging them to think outside the box – and amazingly the children correctly worked out that one of the volunteer, Keith Thomson, was a prop maker. 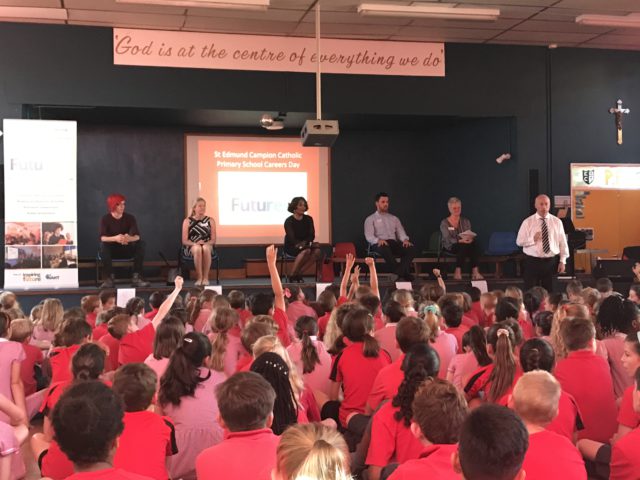 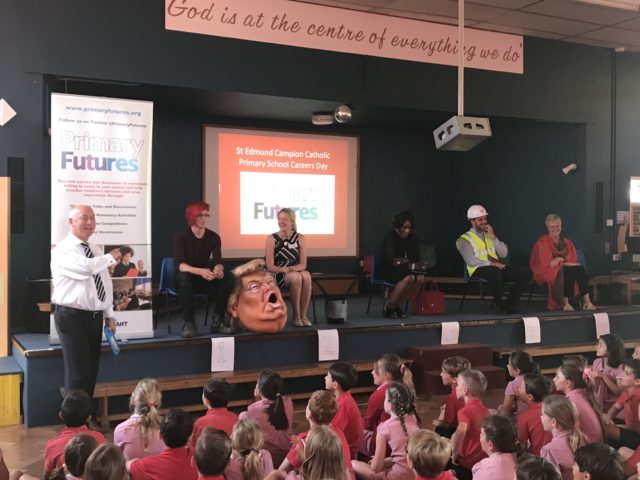 Later in the morning it was time for classroom talks, giving pupils the opportunity to talk to the volunteers in small groups and find out more about what they do and how they apply their primary school learning, especially literacy and numeracy, to their everyday roles.

Andrew McKell, the teacher who organised the event at the school, said:

“Today has been a wonderful sharing of knowledge from volunteers and parents to help children realise the vast spectrum of careers that exist. Our children may well end up in careers doing roles that have not yet been invented, so our role is to inspire them to work hard and keep their options open when they make their future choices at secondary school. Meeting people who are passionate about their jobs helped the children realise that you can pursue your dream and end up working with a skill that you develop from primary school age.” 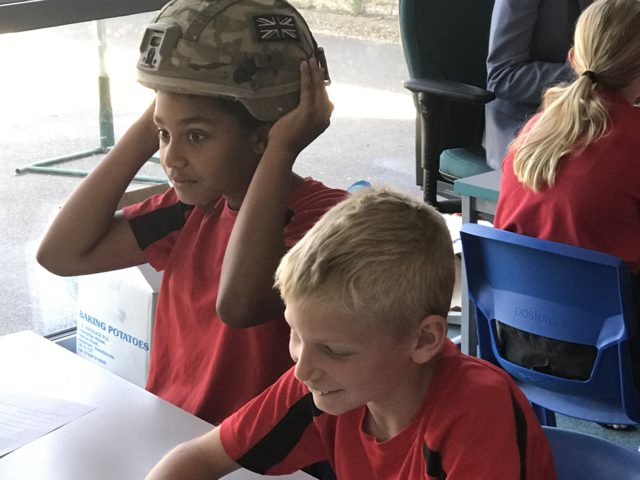 Feedback from the pupils included:

‘I enjoyed the prop-maker. It gave me an idea of how to do better in subjects’.

I really enjoyed it as it was nice to hear stuff I could do in the future and it inspired me’.

‘I enjoyed having some inspiration for jobs! I would want to dress up as who we want to be when we’re older too!’ 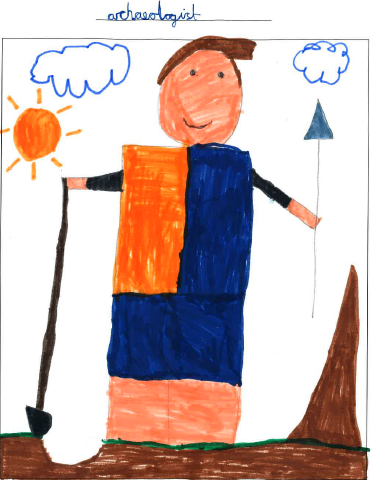 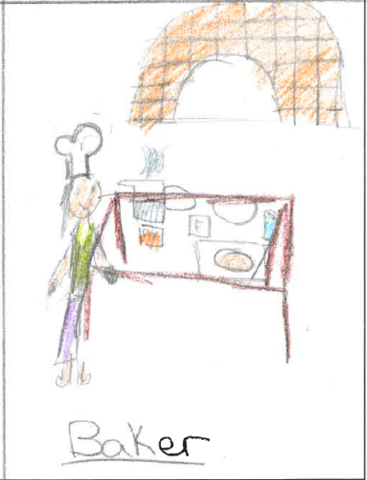 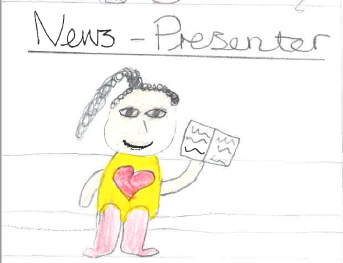 Prime Minister Theresa May, who is also the MP for Maidenhead, has said of the Primary Futures scheme:

“Children who understand the possibilities that academic achievement can open up for them are far more likely to be motivated to achieve.

“The chance to meet people working in a range of different jobs and industries is particularly important for children from disadvantaged backgrounds, who may have few successful role models of their own, either at home or in their local communities.

“The more we can broaden the aspirations of these pupils, the better.” 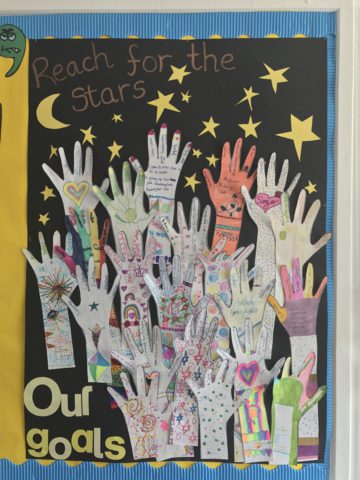 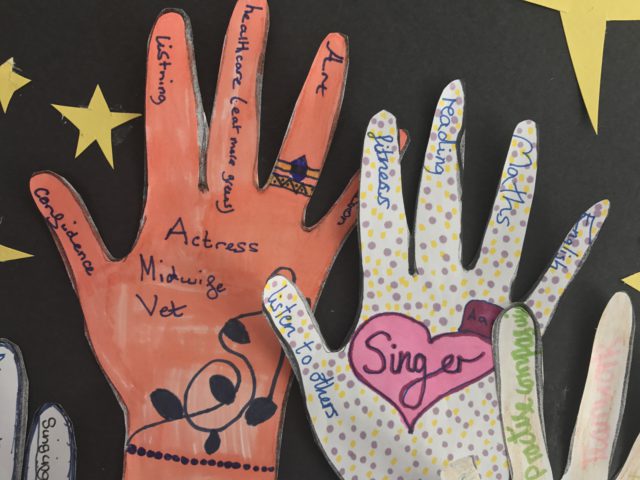 A huge thank you to all the volunteers who gave up their morning to inspire the pupils of St Edmunds Campion Catholic School. Other schools and volunteers interested in signing up to Primary Futures can do so on the Inspiring the Future website. 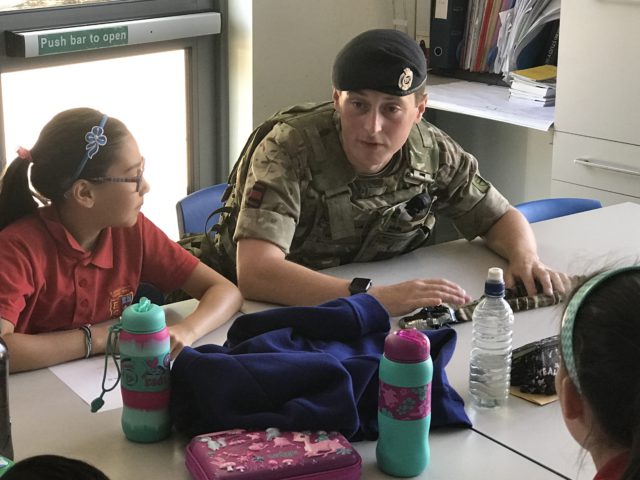 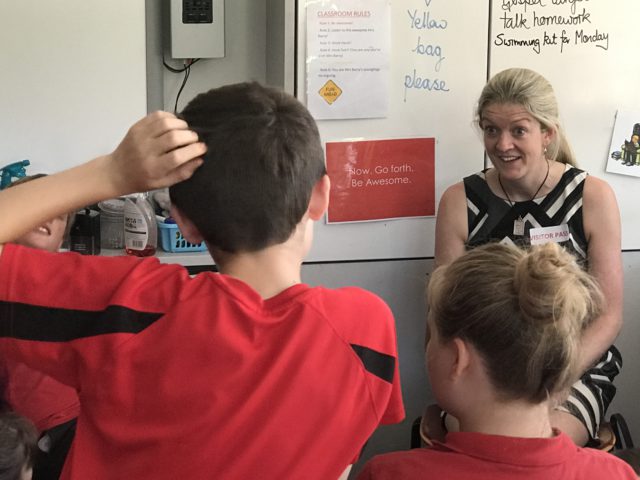 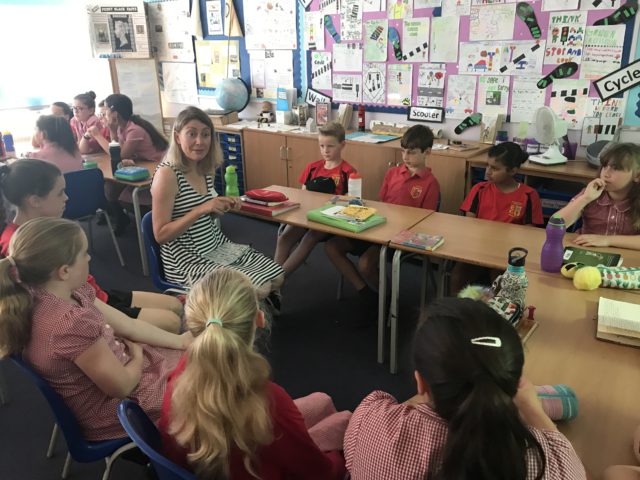 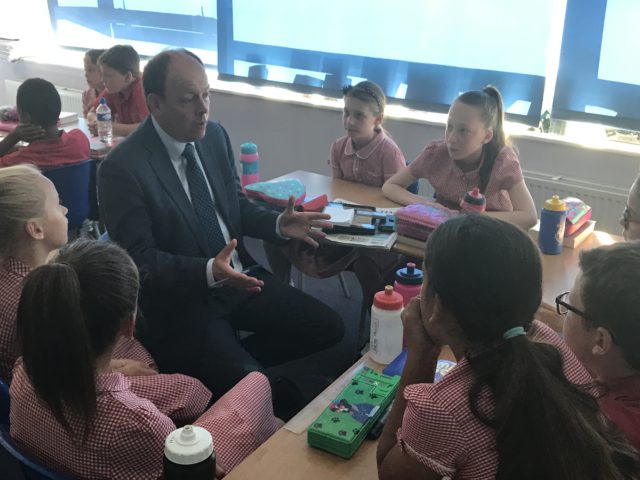 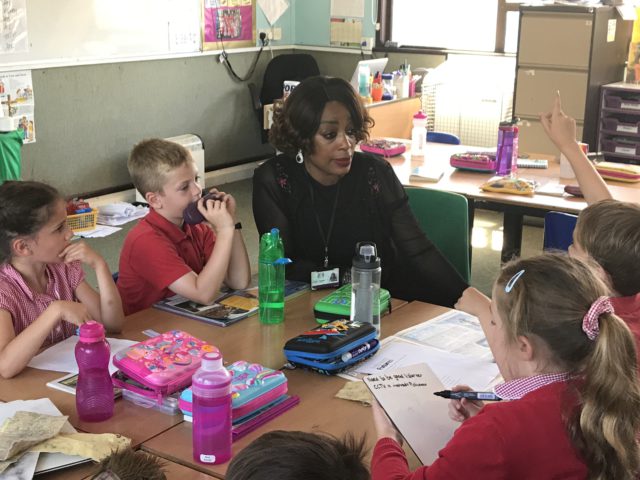 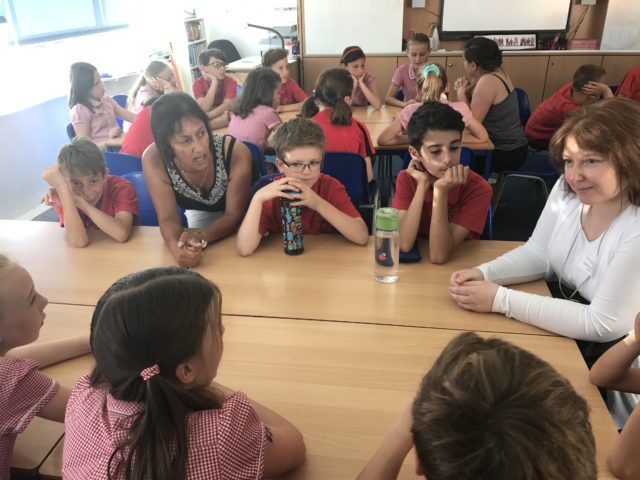 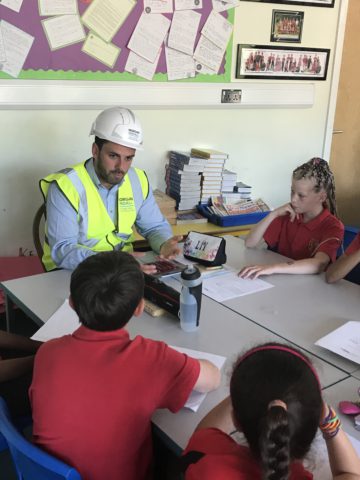 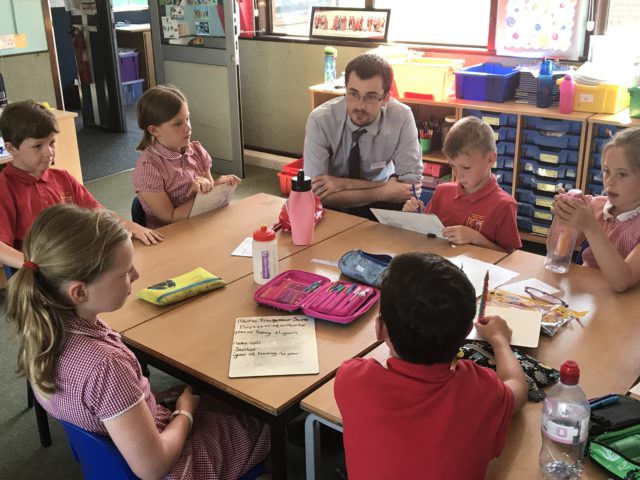 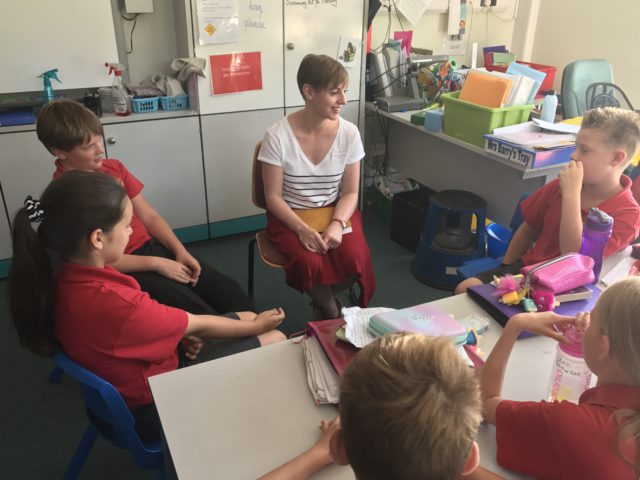 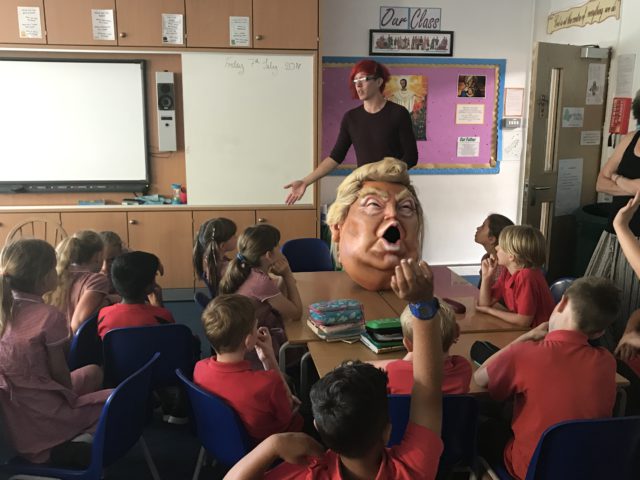