Employer engagement in education is a subject of increasing fascination across the globe. Over many decades now, governments around the world have worked to close the gap between the classroom and workplace with the ambition of improving educational and employment outcomes for young people. International practice varies considerably, but that does not mean that there is not much which can be learnt from different systems without requiring the import of education systems wholesale – as Dave Turner’s recent blog on employer engagement in the Swiss apprenticeship system perfectly illustrates.

One country which has been at the forefront of action, over recent decades, has been Australia. For scholars working in the field, Australia offers particularly interesting practice: employer engagement has long been common in both academic secondary schooling typical of the US and UK and in school-based vocational learning which leans more to some continental European practice. International research has benefited from a number of important studies on school-managed work experience placements, not least in insightful work by Erica Smith, Sue Fullarton and Peter J Smith.

It is personally intriguing too, because it is the land of my formative childhood years and last months, forty years on, I was invited back to share research insights and to learn more myself about new and changing practice.

As in many OECD countries, the twin pressures of austerity budgets and stubbornly high youth unemployment have combined to make employer engagement a hot topic of discussion in Australia. Soon after arriving, I was ask to talk on the subject on national news and over two weeks, I spoke at 16 events in five cities (Sydney, Melbourne, Brisbane, Darwin and Adelaide) engaging with politicians, civil servants, national employers, charities, school leaders and partnership brokers.

Across discussions, I found an ambition to build on a long tradition of work experience placements at 14-16 (first initiated, as in the UK, as an experiential, exploratory stepping stone out of education into work) to see employer engagement more fully embedded in exploratory careers provision. In Adelaide, I joined a celebratory event at Golden Grove High School which marked the launch of an alliance wherein a wide range of employers pledged to offer workplace visits and provide career mentors to local schools to help themselves by being part of a joint endeavour to equip young people with insights and knowledge relevant to future employment.

In Brisbane, it was 14 year old students from Alexandra Hills State High School who spoke with real insight into the ways that recent experiences with employers had fundamentally changed the way that they thought about themselves, their current experience of schooling and their futures. New career ambitions had emerged from a three day Australian Work Inspiration event hosted by a local mining company and made possible by national charity, the Smith Family. Over a day of career-focused discussions with multiple employees, young people identified jobs – such as a health and safety engineer – which they never previously knew existed, leading to changes in subjects chosen for future study and an unambiguous reappraisal of how what happens in school connects to potential futures. Inquisitive, confident, ambitious, the boys showed a sense of urgency about their futures. It is the absence of such an engagement which so often can make education appear tiresome and irrelevant.

In Australia, as in many other countries, in spite of young people going into the labour market more highly qualified and with more years of education than any previous generation, rising youth unemployment (witnessed in worsening ratios of youth to adult unemployment) is becoming a structural issue. As set out in persuasive analysis by the Brotherhood of St Lawrence in their paper Investing in Our Future, changes in the operation of the labour market are putting young people at structural disadvantages. Solutions are multi-layered, but clearly within them there is an urgent need to scale up interactions and close the gap between the worlds of work and employment.  It is an analysis which, like much else in Australian work, of relevance to countries around the world. 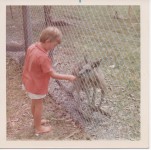