This research from DMH Associates aims to connect with young people in schools and colleges between the age of 14 years old to 19 years old to find out more about their views of the world of work, the opportunities available to them, and what they think their future might look like. The online survey was issued as part of Skills NI 2018. Feedback was received from 575 young people in Northern Ireland representing 27 schools and colleges.

Objectives of the research:

The findings are designed to inform government policymakers, the Education Authority, Area Learning Communities and other allied bodies, education leaders and teachers, employers and careers practitioners on what matters to young people when it comes to careers, choices and future prospects. 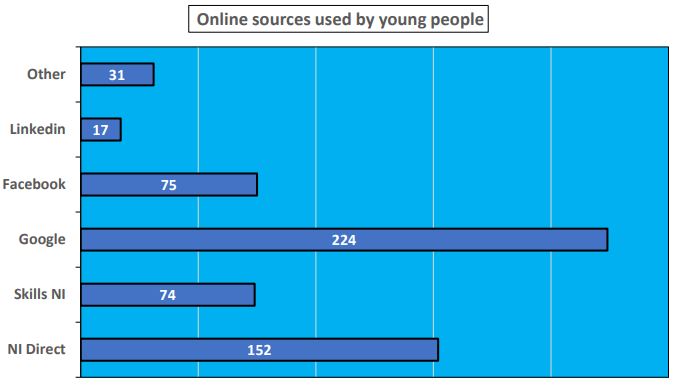 Levels of confidence in gaining employment, how this compares to previous generations, and concerns about securing a career after post-primary education.

Length of time they might spend in their first job and the number of jobs they expect to have in their lifetime.