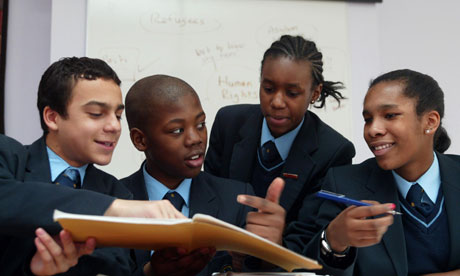 This new CVER report examines how the educational aspirations of pupils between the ages of 14 to 16 are influenced by their school peers. Young people were surveyed to understand whether their peers’ educational achievements, socio-economic background and aspirations affected their own. To avoid any selection biases amongst peer groups, the authors’ analysed an individual’s educational aspirations in comparison to their ‘peers-of-peers’. Peers-of-peers are defined as pupils who went to the same primary school as an individual’s secondary school peers, but a different primary school and secondary school to the individual. The survey began in 2004 and comprised of 15,770 Year 9 pupils, who were again surveyed when they were in Year 11. Peer effects on an individual’s intentions to stay in education were found to be significant for boys but not girls. In addition, pupils who attend school with peers that are higher achievers, from high socio-economic backgrounds and are more likely to aspire to an academic post-compulsory education are more likely to aspire to an academic route themselves. The report also found that the influence of peers on an individual’s educational aspirations can be mitigated by information, advice and guidance by schools or external agencies.