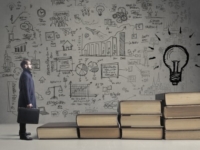 This new discussion paper from Bursnall, Naddeo and Speckesser analyses students’ choices when leaving Key Stage 4 to Key Stage 5 for pupils progressing to either academic A-level or vocational Level 3 programmes. Using data published by the Department for Education and linked administrative data, the authors examine 650,000 pupils’ education routes after Key Stage 4 and subject specialisation and how they associate with progression into Higher Education. This report found significant differences in the educational choices for different groups of learners. Of the 650,000 pupils who left Key Stage 4 in the 2009/10 academic year, 37% did not progress to Level 3/Key Stage 5, while 27% progressed to their A-Levels. Girls were more likely to choose an A-Level subject than boys, although, girls were less likely than boys to have at least one qualification in a STEM subject, a gap of 18 percentage points. Gaps were also found in subject choice, particularly in STEM subjects, according to ethnic group. Free school meal eligibility produced no differences in educational choices.