Education and Employers were delighted to take part in the first ever ‘UK-China Roundtable on Gender Equality and Women’s Economic Empowerment’. The roundtable, part of the high-level UK-China People-to-People Dialogue discussed important themes around women in the workplace and initiatives to improve gender equality. 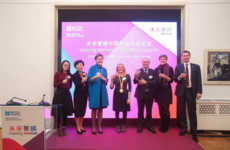 The event took place at the South Bank Centre and was organised by the British Council, the Foreign and Commonwealth Office, the Government Equalities Office and the All-China Women’s Federation.

Chaired by the artistic director of the South Bank, Jude Kelly CBE, speakers included Madame Xia Jie, Vice President of the All-China Women’s Federation; Joanna Roper CMG, Foreign and Commonwealth Office’s Special Envoy for Gender Equality and the CEO of Education and Employers, Nick Chambers who spoke about the Inspiring Women Campaign. The campaign which the charity launched in 2014 is now being rolled out in a number of country including China. 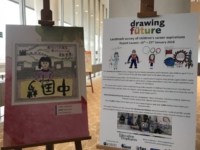 To coincide with the round table table was an exhibition showing some of the drawings done by Chinese and UK children as part of the International Drawing the Future Survey which is being published in January.